Hitman Holla and K-Shine worked hard to produce the first annual battle rap celebrity basketball game on Friday, August 9th  during the Summer Impact weekend. The hopes was that this game would be entertaining and be a perfect fan give back… and it was.

On Team NOME included several key veterans: K-Shine, Shotgun Suge, Murda Mook, Arsonal, DNA, ShowwOutt, Cortez and Burke Bucks.  The stand out from the team was a toss up between ShowwOutt (Hitman Holla’s hilarious brother) and K-Shine (who burst on the scene today hurkin’ and lurkin his team to a  near victory). Honorable would go to take it for the team Cortez, who slipped, fell, got his knees broke, but continue to be one of the higher scorers of the team.

On Team Summer Madness, Hitman Holla ran a tight ship which proved to snatch the win… though it was a dastardly fight to the end. His team consisted of Calicoe, Goodz, Charlie Clips (who played so hard), Aye Verb, Loso and Jai 400. Jaz the Rapper and Brizz Rawsteen were also on the team though they did not play. 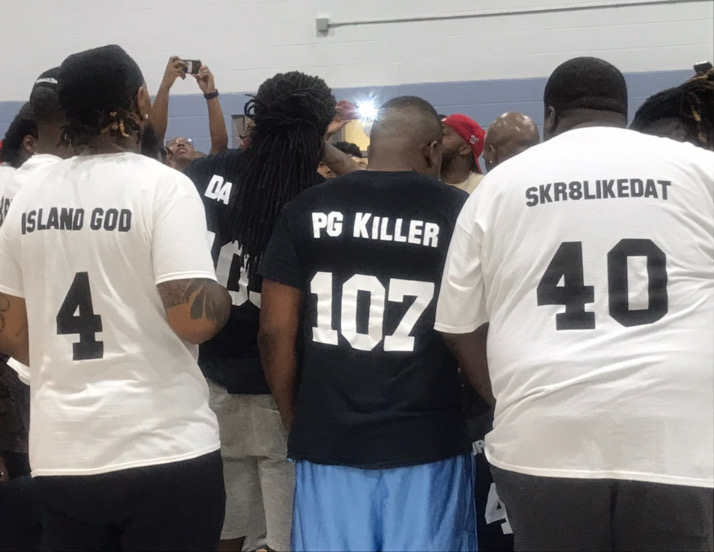 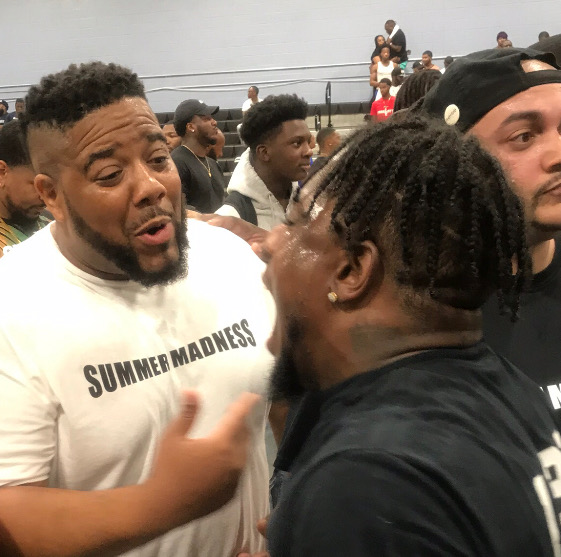 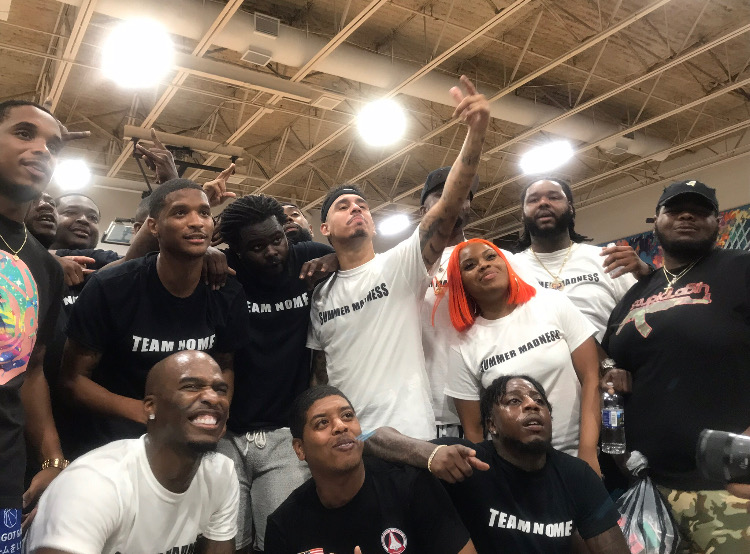 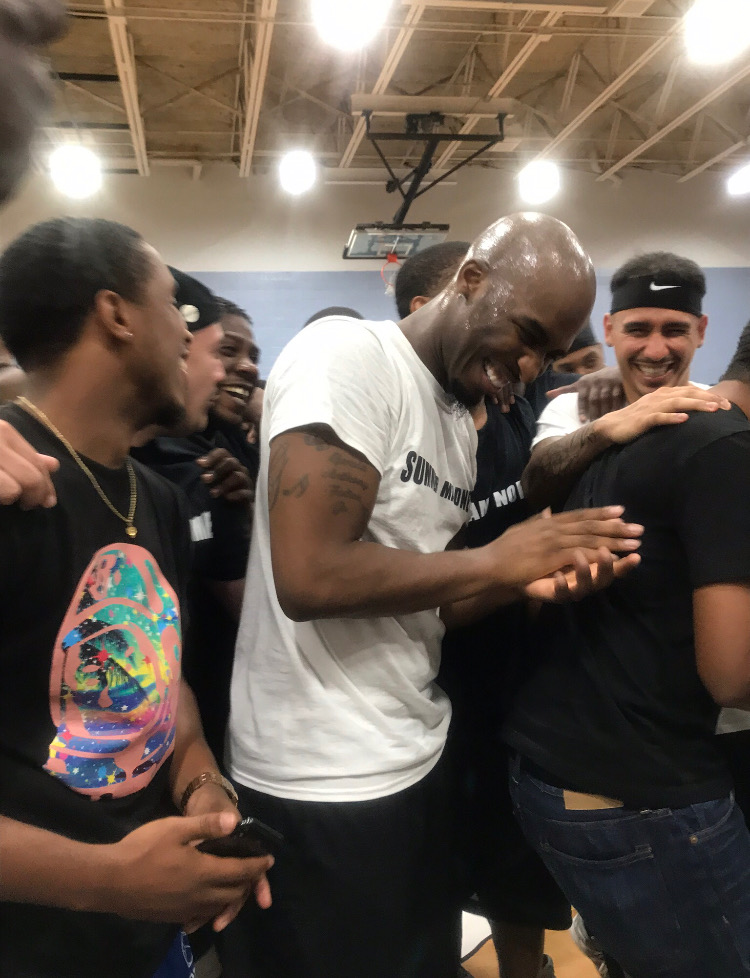 Loso was getting busy… but the clear MVP was Chef Trez.

We are used to Chef Trez giving three of those things. But tonight, he ooo’d and ahh’d us with his exceptional balling skills. Believe it or not… he might play almost as well as he emcees… almost.

Hitman did a great job as lead of the team by having his team arrive early and run some plays. The chemistry was outstanding, which made it clear that someone played ball for real.

The night was clearly amazing. One thing that the organizers must consider how many people can come into the events before letting people know.

The final score was 63 to 61. Congrats to Team Summer Madness for their first clear win.