The shooting of Jacob Blake by a Kenosha, Wisconsin police officer sparked a domino effect of rioting and unrest, distributing feelings of vengeance and justice throughout the entire area, which led 17-year-old Kyle Rittenhouse to drive from Antioch, Illinois to Kenosha to participate in the state’s deadliest protest in history.

Rittenhouse, who is now 18, is currently on trial for the murder of 36-year-old Joseph Rosenbaum and 26-year-old Anthony Huber, who he shot and killed during the Kenosha Riots on August 25. Today, Rittenhouse was called to the stand to testify on his own behalf to attempt to prove he acted in self-defense but broke down in tears to the point where the judge had to call a ten-minute recess.

The entire video of Rittenhouse’s testimony can be seen below, however, at around the 36-minute mark, the 18-year-old self-proclaimed police advocate begins to burst into tears.

Kygo set to perform atop Sunnmøre Alps in Norway 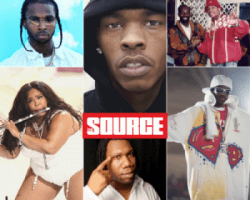 Black Music Inspires: Hip Hop Was Created with No Boundaries