Somewhere between December and January each year, fans have come to expect a new installment of mau5trap‘s beloved we are friends compilation series. While the highly anticipated tenth volume will debut a little later than usual, the wait looks to be well worth it as deadmau5 shares the jam-packed tracklist for this year’s edition.

A stellar cast of label regulars feature on we are friends vol. 10, coming together as a top-notch blend of talent lined up for this year’s showcase. ATTLAS, No Mana, BlackGummy, Rinzen, and Notaker all have new music on the compilation, as well as Wolfgang Gartner, Tommy Trash, Grabbitz, Pig & Dan, Mord Fustang, Eekkoo, and more.

The newest we are friends installment is set to land via mau5trap on February 12. And for those looking to scratch the deadmau5 itch sooner, check out the producer’s new “flow and focus” playlist on the Calm meditation app. 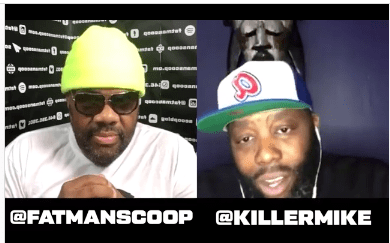 Ex-Florida Gubernatorial Candidate Vincent Gillum: I Don’t Identify As Gay, But I Do Identify As Bisexual