The team at the Ultimate Rap League made good on their promise by providing fans with an event to make up for Murdaland and Parklyfe not battling in Charlotte, shy of a month ago on the original Summer Impact mega-card. And they even brought DJ Don Demarco back! 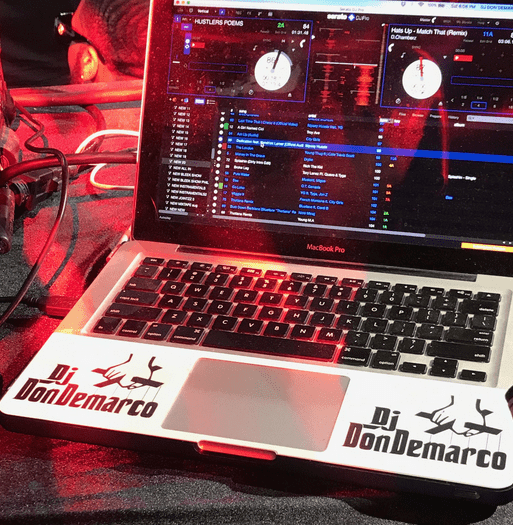 Billed as the battle of the decade, few can argue that Summer Impact did not give battle rap enthusiasts an epic experience – touting match ups like NWX vs. EFB, Goodz and Clips vs. Multiple Remixes, Monstars vs Quest MCody and Marv One, Gunz N Cake vs. Loaded Hollows and The Bardashians vs. 40 B.A.R.R.S. and E-Hart. Due to a late start and the venue closing at a certain time, the co-title bout between Murda Mook and Calicoe vs. T-Top and Brizz Rawsteen simply never happened. Thus Reloaded was set up to pacify fans, who felt duped.

Does this make-up card calm their rumblings?

It seemed to… as URL did everything that they could to make the experience one for the books for those who purchased tickets or the PPV for the battle. They attempted to do this by adding extra value to the new double impact themed summer card that still has people talking. They added additional battles and a performance from Loaded Lux. 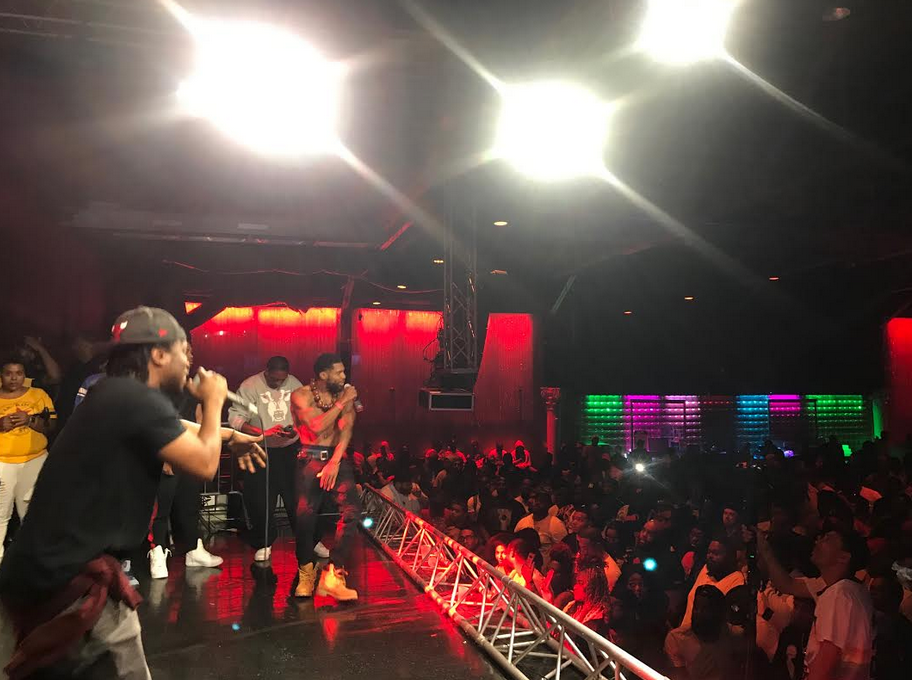 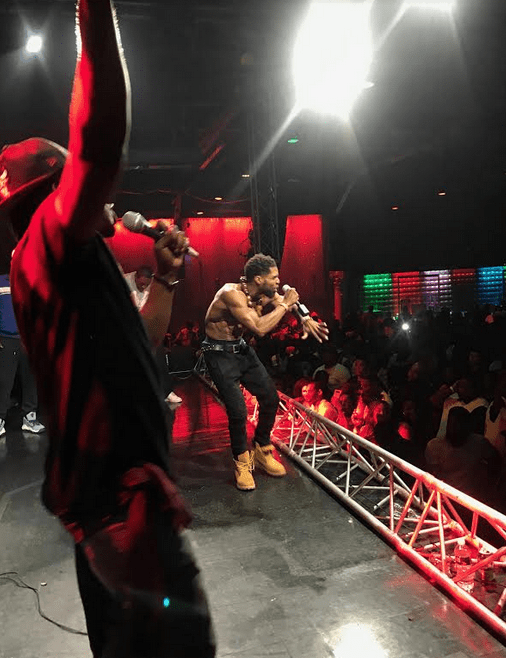 The event even saw two stars emerge from the PG ranks (Franchise and Ace Amin), allowed friends to see Shotgun Suge and Nu Jerzey Twork rap like never before and saw street-style toxic masculinity pour outside of the fictionalized lyrics and onto the stage.

The first battle was against Richmond’s Jakkboy Mane and Toronto’s Franchise. Franchise did not come to play. From the time he opened his mouth in the first round, he lit the stage up with haymaker after haymaker. There is not much to say, as Jakkboy Mane – WHO CAN RAP – stumbled through the battle like a blind man in the pitch dark of winter. It was painful to watch as this Goonie forgot his rhymes. Franchise, clearly a great sport (well both of them were), encouraged his opponent to stand firm. But it did not help. Franchise did not let anyone down even though Jakk did not show up. He emerge as the first star of the night.

The next battle was Ace Amin and Snake Eyez.

This was a bar heavy scrap that has been meaning to happen forever. Ace Amin (another Goonie) and Snake Eyez (from Dot Mobb fame) delivered an interesting battle that appeared to be a style clash and aggression barometer. Hip-Hop is a space where traditionally Black male machismo is celebrated; encouraged even. The back and forth kept the crowd engaged, but it was clear from round one that a huge chunk from the audience rocked with Ace. His crowd control was equal to that of a seasoned vet. They not only knew his slogans, “Holy Sh*t” and “He Knows,” but they really were rocking with the intricacies of his word play and aggression. Snake Eyez on the other hand, matched his aggression and raised his lyrical stock by adding color to his performance… in a way that few have seen over his career. Particularly in the third round where T-Rex assisted with an alley oop. Let’s face it… people love seeing T-Rex. Fresh off of a horrible car accident, the Dot Mobb Capo set the third round off, setting up this battle as a debatable preference battle. Many believe that the debatable or preference category is a co-out. Well it is not, if that is the God honest truth. 2-1 either way…. Both had moments. Both had energy. Both almost punched the other in the face, the tension was so high between crews. And even though you can argue that… Ace Amin emerged as a shining star in this battle. Great for his debut on the big stage. 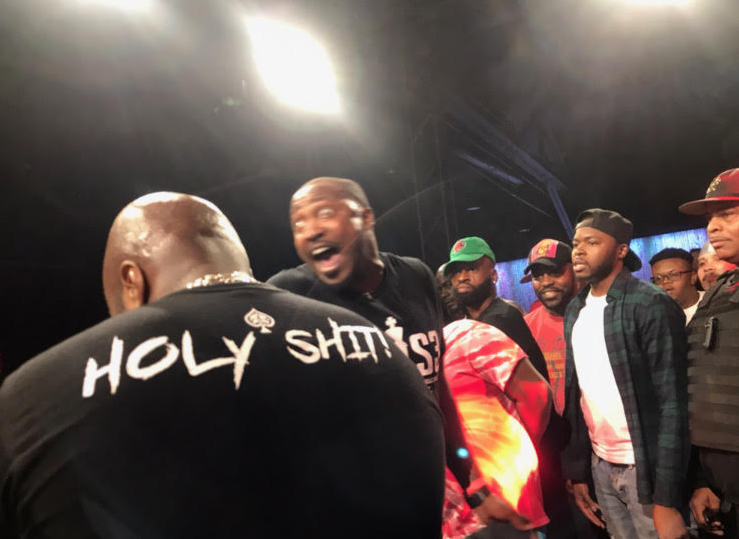 The Monstars vs. NWX was one of the battles that came out of nowhere. No one can deny that NWX are gods at this two-on-two thing. Hardly ever losing to any other group (well they did lose that one time to Gun Titles), this new team had their work cut out for them. Did the Monstars deliver? YES. THEY. DID.

Antics aside, these big guys came with a melding of their styles that made them formidable opponents. Punching swiftly… Punching consistently… Landing them jawns… Monstars showed why New Jersey is not to be messed with ever.

But NWX is like fine wine to the Monstars’ Jack Daniels. K-Shine and DNA seem to have nooks and crannies in the brains that they share. What advantages did they have over the Jersey boys? That damn DNA and his freestyling, their symmetric timing and choreography and the energy that K-Shine seems to have bottled up in his little body. On the flip side, Monstars benefits are first apparent in their appearance. The fact that they dominated with their intensity, dunking on them this way and that way, pushed them closer to the win than anyone expected. And while their antics did not go as planned, there is something to be said about their creativity. BAR NONE. This is another preference battle. 2-1

“i watched him pull Shine card… i woulda did Holla graphic”

The last battle of the night was between Murdaland and Parklyfe. Aggressively generational. It looked like to uncles arguing with their younger nephews. And while both sides started out giving the crowds what they wanted, too many personals stoked the fires burning in their bellies. Alas, a scuffled popped off and ended the otherwise wonderful event abruptly.

What a shame, because URL did everything that they were supposed to do. Unfortunately, battlers don’t move with a certain code of honor and respect, not only disrespecting themselves (looking like brutish hoodlums and not the beautiful and brilliant Black men that they are), they disrespected the platform that has afforded them a comfortable lifestyle.

One to the next one… perhaps the fans will get a card as dope as all the other cards URL has produced this anniversary year.