With just over a week until Super Tuesday, Democratic presidential hopefuls are doing whatever it takes to court undecided voters in an attempt to secure the party nomination (and hopefully a seat in the Oval Office). On Friday, Hawaii Congresswoman Tulsi Gabbard held a town hall event in Utah where she stressed non-partisanship, unity, and progress- as well as addressed a number of issues including criminal justice reform, climate change, education, foreign policy, health care, cost of living, and immigration reform.

The Source had the chance to interview the congresswoman before the event and learn her views on several important issues as well as what important role she thinks that the Hip-Hop culture plays in American politics and society.

The Source: As you may know we’re The Source, a magazine that focuses on Hip-Hop culture and community. So we have readers of all backgrounds and demographics. We are brought together by a commonality of hip hop music and culture so if elected president what do you hope to be your touchstone to bring together a country as diverse as the United States?

Tulsi Gabbard: I come from the most diverse state in the country; the state of Hawaii. That is a beautiful melting pot of cultures, people,  languages, music, and food… all of these different things bringing a sense of unity that, in my experience, comes from the Aloha spirit. It is the same sense of unity and connectedness that I would bring to the presidency— recognizing that we are all children of God, we are all Americans, we treat each other with respect, and that we’re able to actually solve problems, make progress, move forward together when we do that.

Well, I definitely got the message of unity during your town hall here tonight in Utah. So our audience is from all over the country, but we are largely urban, One of the concerns from urban voters such as myself is the skyrocketing cost of living. How do you intend to work with urban planners and other government entities to keep the cost of living at a reasonable rate while still promoting rational and healthy capitalism?

I think your point of healthy capitalism is exactly the
right approach to take. I think that crony capitalism is what is actually at
the heart of the ever-increasing cost of education, housing, medicine, insurance,
and all of these different things. It’s you have a system where those with the
most power and the most money can exploit everyone else. This is where we need
to weed out the greed and crony capitalism and make sure that we have a healthy
economy.

Excellent. So we are a nonpartisan outlet but we do
heavily encourage voting at all levels of the government. Why do you think it’s
important for everyone to vote?

The decisions that are made by our leaders impact every
single aspect of our lives whether we realize it or not. When people say that they
don’t want to vote because “politics has no impact on my life,” that is not the
case. If you go and buy food at the store, politics have impacted you. If you
ever need to go to the doctor, politics impact you. If you’re struggling to
find a job and affording to pay rent, politics impact you. So if you care about
these things you have to make sure that your voice is heard. If your voice is
not heard, we can never make sure that our government is working for us.

You’re one of the few major contenders that have visited
Utah which some say is too red for a Democrat to win. How do you hope to appeal
to a base that has traditionally voted Republican? Despite your numerous fans
out here, how do you hope to with the rest of the state?

This is just tonight. You saw it here. We had Democrats, Republicans, and Independents all here together inspired by a love of country and a care for each other- and so that is exactly how I will not only be able to win and beat Donald Trump in November, but also how we will heal these divides within this country. By coming together and treating each other with that respect that everybody deserves.

Now we know that you have a long and very diverse following especially amongst millennials— which you and I both are— and that millennials are one of the largest voting blocks. Yet you’ve received less media coverage than other candidates who are arguably less qualified than you. What would you say to that?

I’d say that the corporate media’s blackout and attempt to smear my candidacy and campaign comes from a fear of candidate who speaks the truth… that speaks truth to power. [A candidate] who doesn’t march to the beat of the drum of the powerful elite in Washington. It creates some obstacles for us. What gives me heart is that the more that we’re able to get my message out there and the experience and qualifications that I bring to the presidency, the more our support continues to grow.

And your experience and qualifications are numerous and
we’d also like to thank you for your service.

Thank you very much.

Now you recently said that the Democrats made a mistake
impeaching Trump and that if anything it helped him more than hurt him. This
has been very controversial in the last day or two. Would you like to
elaborate?

Long before this impeachment, when this process was looking
like it was going to take place, I warned for a long time that pursuing
impeachment in this hyper-partisan process would only lead to two bad outcomes.
Number one, it would further divide our already divided country. And second, it
would increase the likelihood that Donald Trump would be re-elected.
Unfortunately, we have seen that these outcomes have proven to be true. Donald
Trump has a higher approval rating now than he has ever had his entire
presidency. And… we knew the outcome of this impeachment process before it even
began. I’m a practical person. I’m running for president to beat Trump, to
cross the party lines so that we can really bring about a government of, by,
and for the people.

And I just want to clarify that you’re not just running
for the Democrat party. As we saw tonight, you’re appealing to independents,
which a lot of the country is, as well as Democrats, Republicans, Libertarians,
and others.

Earlier tonight, you did mention the quote from Lincoln
where he said “a house divided cannot stand” with regards to another divisive
time in our country [post-Civil War}. Do you think our country, with your
leadership, can reunite the same way that America reunited after an actual
civil war? And how do you intend to do that?

Yes, by providing that culture of leadership and that strength of leadership. By setting the tone to remind ourselves of who we are and the power that lies in the hands of the people. We are weaker when we are divided. This is what Abraham Lincoln was warning against- that if we care about this country and those that we love, then we recognize the actions that we need to take together to heal these divides in our homes, in our communities, in our jobs, and In Washington. I look forward to being able to provide unifying leadership.

Now we get to the super heavy hitting questions. We’re a Hip-Hop magazine so I have to ask- who do you think is the best Hip-Hop artist or group of all time?

That is a tough, tough one. There have been so many epic Hip-Hop artists over time. I’ll just tell you the one that impacted me since I was a kid was Lauryn Hill. Her music is amazing. The message that she delivers is amazing and inspiring in so many ways.

She is indeed amazing and her music is timeless as well. Now you’re from Hawaii which is a beautiful state.  What similarities between cultural significance do you see between traditional Hawaiian culture and the Hip-Hop communities?

I think the foundation of being very rooted in art, culture, music, and people as well as being able to bring a voice to that expression is seen in Native Hawaiian culture. I think that we see the same throughout Hip-Hop. It’s that same foundation and the same respect for where we come from and who we are is the commonality that we share.

Thank you so much for your time. 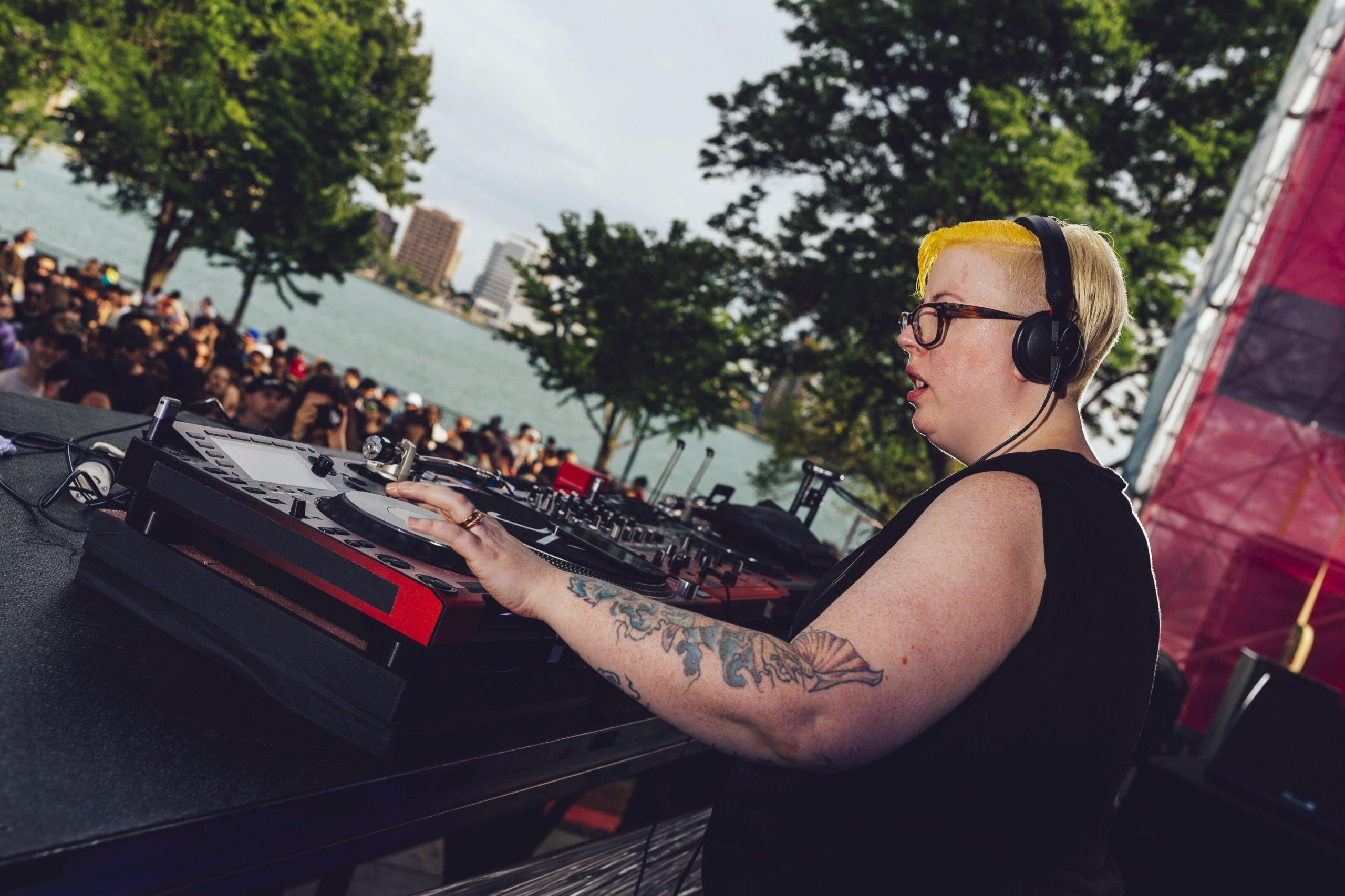 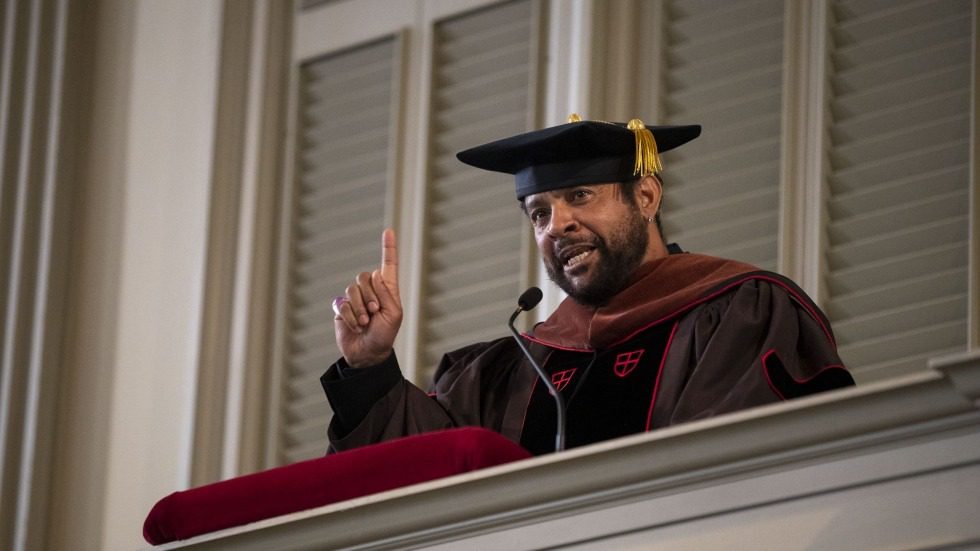 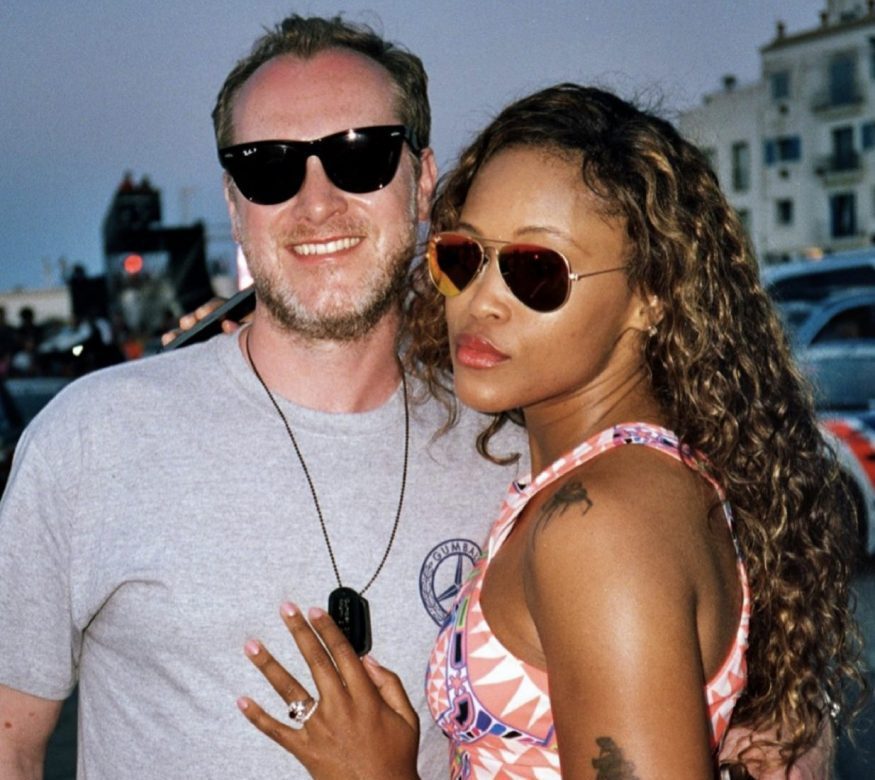 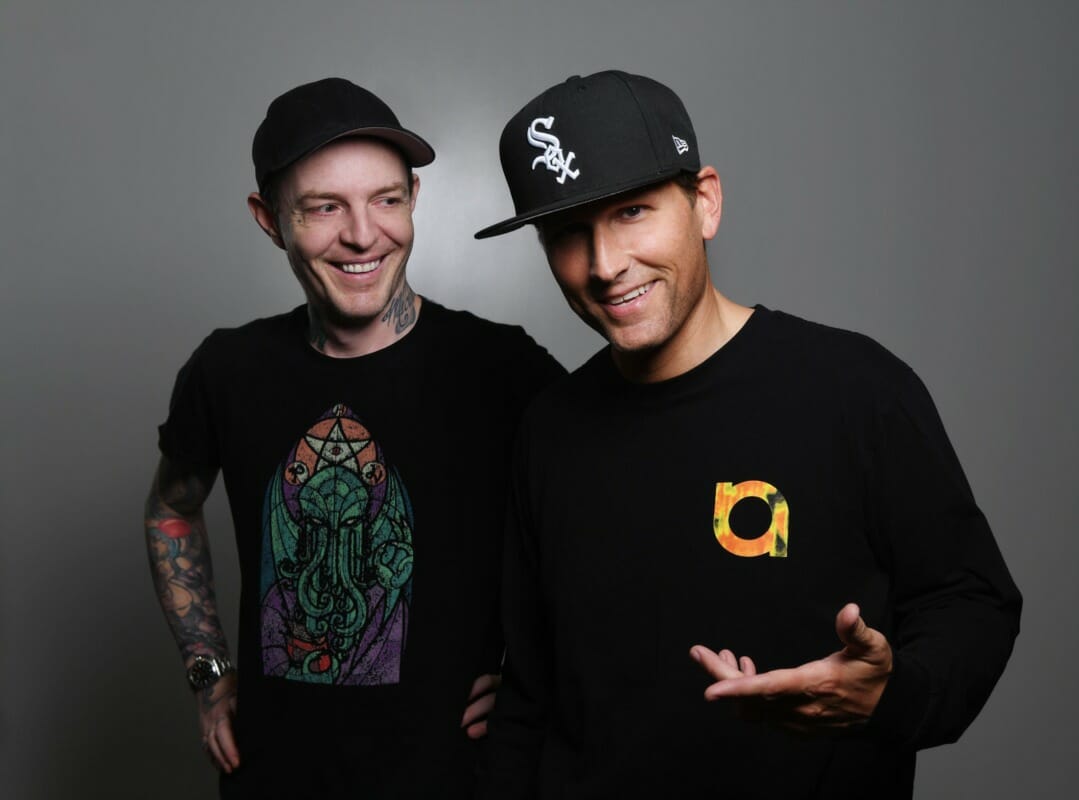 Kaskade and deamau5 to bring Kx5 to the Los Angeles Coliseum 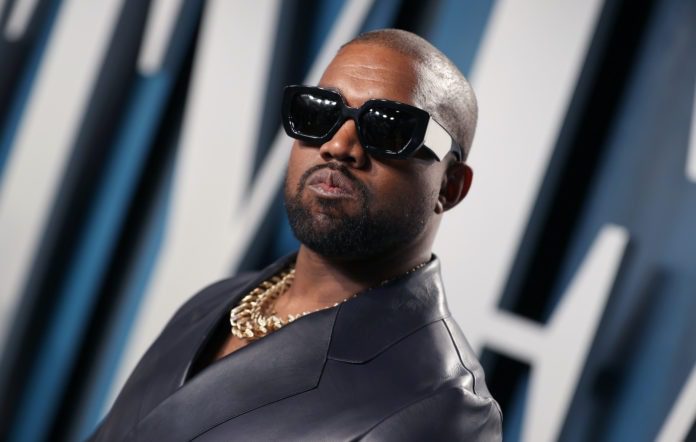 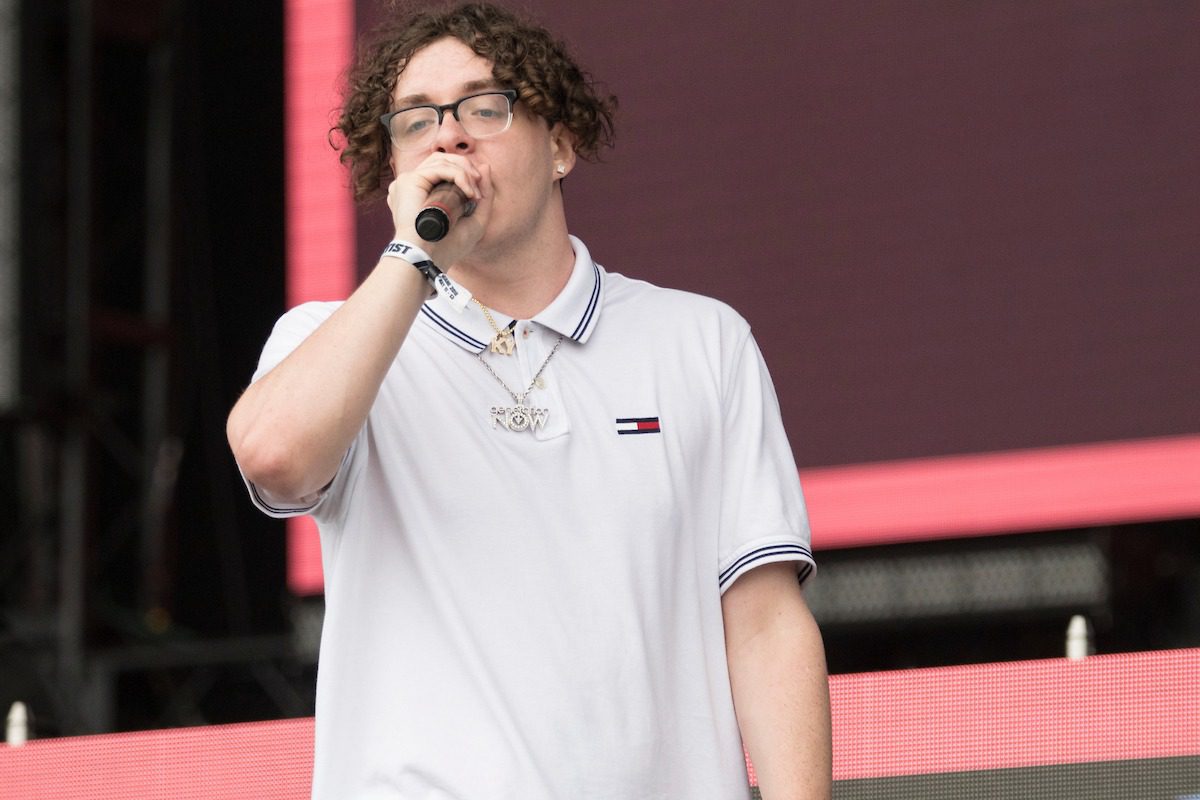 Jack Harlow Donates To Civil Rights & Other Organizations In Kentucky