Ever wanted to MC your own radio show? Following suit of live audio pioneer Clubhouse, Amazon Music‘s latest buildout to convert subscribers will take the form of a digital radio app. Currently referred to as “Project Mic,” the software extension will allow Amazon’s userbase to DJ their own interactive radio shows or simply tune-in as listeners.

“Project Mic” reportedly aims to incorporate regional advertisements in its users’ radio programs, opening an opportunistic door for localized businesses and entrepreneurs. Furthermore, Amazon is allegedly in talks with a few major celebrities and even some select micro-influencers, who will assist in curating a plethora of live radio shows come the app’s official launch date. Though the programming will be primarily music-driven, “Project Mic” also intends to incorporate pop culture, sports, and comedy-focused content. Upon release, the innovative radio app will be made available exclusively in the United States.

Charlamagne Tha God, Reginae Carter & Romeo Miller Team Up with AT&T to Give Back to HBCU Students 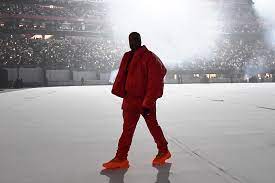